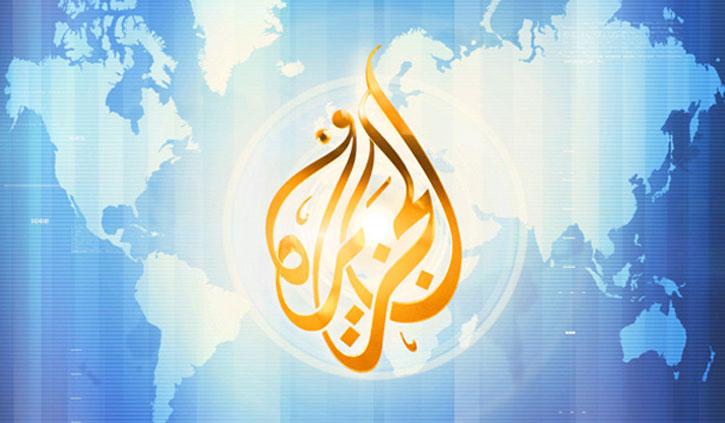 Everything surrounding the purchase of Current TV by Al Jazeera leaves a bad taste in my mouth.

Let me make this clear, the actual purchase of Current TV doesn’t bother me. It’s the reaction over the sale that infuriates and embarrasses me.

Allow me to explain. Last week Current TV was bought by Qatar-owned news network Al Jazeera. One media company buying another media company isn’t really news anymore. It happens all the time. However, with this sale, hackles were up by many commentators, pundits and the general Twitosphere. For every reason they were up in arms about the sale, it seems I had a counter-reason for why I was up in arms about their reaction. Here are just a few of my concerns:

Call it the X card:

Many concerns about the sale of an American news network to a foreign entity reek of xenophobia. Sadly, this sale has more than a few tinges of xenophobia with splashes of racism and religious intolerance splashed in. I don’t recall such a fervent response to Rupert Murdoch buying any American media outlet. Within a week of the announcement of the deal, several high profile hosts have quit the network, namely California Lieutenant Governor Gavin Newsom and former New York Governor Eliot Spitzer. To Gov. Spitzer’s credit, he was quoted as saying, “I view Al Jazeera as a very serious journalistic outfit. They have proven to observers around the world that they are serious and objective. They will have to, at a PR level, prove to the American public that that is the case. And I think that over time they will succeed at doing that”. Sadly, Time Warner’s announcement to take Current TV off it’s channel roster reeks of xenophobia, racism, jingoism and a few other ‘isms that don’t shine them in a positive light.

Props to The Hollywood Reporter’s Tim Goodman for an excellent piece that looks at what Al Jazeera’s purchase of Current TV means to cable news, and specifically, CNN. CNN, not the only one with the problem. Broadcast news is broken. Part of the problem stems from the major networks committing less budget to news, but that’s not the only problem, because broadcast journalists have been complaining about shrinking budgets going back to the days of Edward R. Murrow. The problem is multi-faceted, ranging from rapidly changing viewing habits and diverse media outlets to a general migration away from traditional broadcast media outlets and shorter attention spans. We’re not a culture where the family huddles around the TV to get their daily news update.

We need a variety of voices to get a clear news picture:

I fear that some people associate Al Jazeera with Al Qaeda. That’s like associating NBC with the Royal Canadian Mounted Police. Regardless, much of the criticism about this transaction is over perceived Middle East-bias or a Muslim-bias in reporting. No matter how hard journalists try, there’s naturally some bias in reporting…and that isn’t necessarily a bad thing. American broadcast news already has plenty of bias. Remember, we’re not too far removed from news anchors wearing American flag lapel pins. American viewers need a variety of sources to form their own opinions and understand their own biases. Another voice in the news landscape isn’t a bad thing, particularly a voice that we’re not used to hearing on a daily basis.

International news is disappearing from the American landscape:

Check into any hotel around the world, with the exception of the US, and you’ll see a variety of fascinating news channels: CNN International (CNN’s far superior foreign cousin), BBC World, Channel NewsAsia, Sky News, etc.). Watching one hour of any of these channels and I guarantee you’ll see stories that you know nothing about, but meet the criteria of what’s news. Just as the American broadcast news model is broken, our international news antenna doesn’t pick up much. It goes back to our isolationist nature, but that doesn’t make it right. Having Al Jazeera on our channel guide will open our eyes and minds.

The real reason behind the sale is disheartening:

Current TV was a noble experiment by Al Gore and the rest of the networks founders to create a news channel that provided views that weren’t necessarily being seen or heard in today’s news landscape. Noble in concept, but it never quite got its sea legs. It would be heartening to believe that the owners of Al Jazeera saw in Current TV a concept that was worth nurturing, refining and solidifying. Unfortunately, the sad fact is that Al Jazeera purchased Current TV for the real estate they owned, rather than the house on the property, so to speak. Because of complex broadcast agreements and red tape related to regulation, it was cheaper for Al Jazeera to buy an existing, floundering network with millions of viewers rather than face the cumbersome hurdles of trying to start a network from scratch. It’s interesting that what was comparatively easy for Al Gore to do in 2005 seems a Herculean task for Al Jazeera. Sadly, I suspect the X card is in play here (see above).

It will be interesting to see the shape and form the revamped Al Jazeera/Current TV will take. I for one welcome our Qatar-owned news overlord and hope they change the shape of American broadcast news for the better.