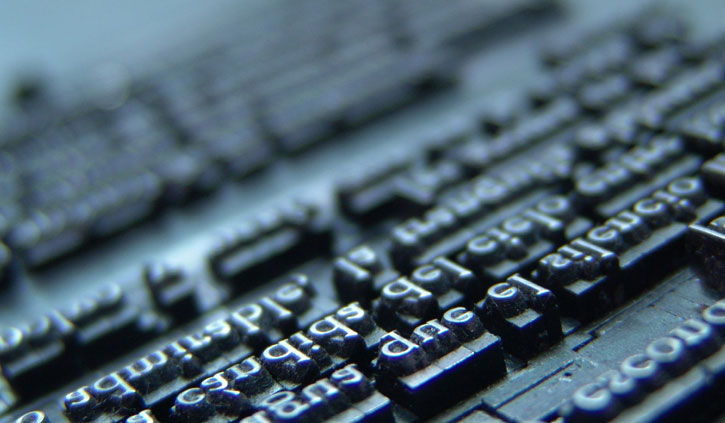 For that matter, when was the last time anyone wrote about Mötley Crüe?

Did you know that there are four characters in our alphabet that we no longer use? Thats ð (eth), þ (thorn), æ (ash) and ƿ (wynn) if youre playing along at home.

My point? Language evolves as it needs to. Technology drives that change as much as anything. A lot of people dont realize that the expressions “uppercase” and “lowercase” originate from early printing technology – the capital letters were stored in the “upper” case, and I can bet you know which ones were in the “lower” case. The “forgotten case” is where you find ð, þ, æ and ƿ.

When I was living in Singapore and people were just starting to get SMS or text message crazy on mobile phones that pre-dated smartphones, T9 was the rage. T9 was a predictive text technology that enabled you to quickly type text messages on a numerical keypad. Considering where phone technology was at the time, it wasnt terrible, although it had some results that would give Damn You Autocorrect a run for its money.

It was around that time that I realized that we were in the early stages of our language evolving as a result of technology. The @ sign had already evolved thanks to email, and in certain circles “é” was a text shortcut for “the” (I really wish that had caught on…it would be great for Twitter).

Im going to volunteer something that needs to evolve, or rather become extinct: The non-possessive apostrophe. Its time has come to depart our language. For one thing, few people use them correctly (Im talking to you “Mr. when talking about decades, it’s the ’90s, not the 90’s”!). Secondly, because of technology, these deadbeat apostrophes actually slow things down when we type on our phones.

Before we delve deeper into this, lets look at what the AP Stylebook has to say about apostrophes. Apostrophes can be used:

Youll notice that theres no mention of contractions. Thats because the AP eschews contractions anyway. Thats a start, because thats the one main part of my apostrophe massacre.

Im hoping that at some point while reading this column, you would have noticed that Ive eliminated apostrophes where Id like to think they arent needed any more. Did it offend you?

Some questions to ponder:

If you read “cant”, “wont”, “wouldnt” or “didnt” without their apostrophes, would you be confused? Most likely not. Would it have been faster for you to type that previous sentence on your phone without the apostrophes? Of course!

My main bone of contention with apostrophes are with the non-possessive kind. I agree that we’re in a better place knowing it’s Ted’s pen instead of the pen that belongs to all Teds. You could also make a nod to killing AP’s apostrophe rule #5, since no one gets that right today either.

While Im no formal linguist, lets throw this out there and see how we do. Keep in mind that apostrophes are usually the first thing to go in your Tweets.