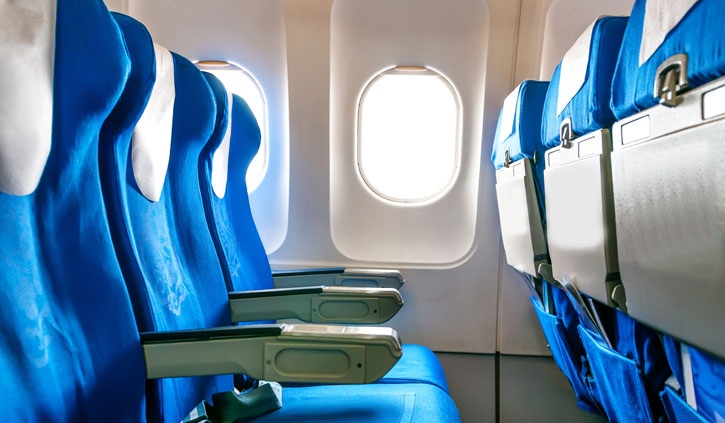 What happens when a much-loved phone app undergoes a major metamorphosis overnight and the knee-jerk reaction is not what the company expects? I had a conversation with GateGuru Co-Founder and CEO Dan Gellert to look at what happened with his company last week, and most importantly, the communications steps he took to minimize brand damage and reassure his app’s users that GateGuru was listening to their concerns and addressing them as quickly as possible.

Thanksgiving is traditionally one of the biggest travel weekends in the US. With so many people entering the travel slipstream, hardcore travelers use any edge they can get to make it from Point A to Point B. Since 2009, for many, myself included, the GateGuru app for mobile phones has been indispensable – it provided a comprehensive listing of what shops, restaurants and amenities were available in just about every major airport in the US and around the world. Thanks to location services, it could tell which airport you were in and what was available to you. Combined with TripIt and FlightTrack, GateGuru rounded out the holy trinity of iPhone travel apps that made travel better.

This past Wednesday (also known as the day before Thanksgiving and one of the busiest travel days of the year) the folks behind the GateGuru app rolled out a major update that had the potential make it the one go-to app for travelers. But something funny happened within hours of GateGuru’s 3.0 update, travelers, many with cyber pitchforks and lit torches in hand, complained that the new GateGuru wasn’t the GateGuru they loved.

(I might have been one of those pitchfork-wielding travelers.)

I wasn’t alone. According to Dan Gellert, co-founder and CEO of GateGuru, more than 1,000 tweets and email complaints came in. In one fell swoop, GateGuru went from one of the highest rated travel-apps in the Apple App Store to one that was bleeding negative reviews.

So what happened? From a product standpoint, the new version of GateGuru was a jarring change. And we all know how much people like change, right?

As an avid user of GateGuru, I was frustrated with the dramatic changes in the new version. And I definitely wasn’t alone. Travel apps are unique in the fact that they’re relied upon, but not every day (unless you’re an everyday traveler, of course). In GateGuru’s case, the app is very often used while running through a terminal between flights. This isn’t always the best time to be exposed to a new version of an app.

Something intrigued me about what the folks at GateGuru were doing. I had never seen such a drastic change to an app that many felt wasn’t broken. Not one hour after I had tweeted my displeasure about the update, they responded promptly

I was impressed. The GateGuru gang wasn’t hiding. Over a holiday weekend, they were monitoring social media, addressing their users’ concerns and expressing contrition. On Saturday, Dan posted a blogpost on GateGuru’s website that refreshingly acknowledged users’ concerns, explained the situation and reassured readers that they were working hard to pull together an update that would bring back the features that attracted users to GateGuru in the first place.

After seeing the Twitter abuse GateGuru had been taking over three days, I dropped Dan an email (kudos to him for putting his work email address in his blog post) to compliment him on his candor in his blogpost and in the interest of good communications, asked him if he’d be willing to talk about what his week had been like. He must have had his hair-shirt firmly in place because he was more than willing to discuss it.

I asked him, “When did you realize you had a problem with the update?”. Dan said it was almost immediate, “Support emails and tweets began to appear within an hour of the update being released by Apple. It was then we knew we had a problem on our hands. We quickly huddled, monitored the feedback and responded where appropriate.”

To understand what was behind the GateGuru update, one only has to understand where the company was coming from. Dan and his team created GateGuru out of their frustrations as travelers. “Improving the travel experience for our users is at the heart of what we do. If our app can make the travel experience better, then that’s what we’re going to try to do. And that’s what we tried to do,” Dan said.

Dan added that his team was preparing an update that refined the app, but didn’t address the airport amenity search that had users up in arms, “We decided that it was best to hold that update until we fixed the search by airport functionality, because we know we don’t have unlimited chances to get this right.”

Dan and GateGuru have learned some hard lessons in a very short time:

We shouldn’t have to heap praise on a company that listens to its userbase, treats them respect, does the right thing with communications and takes great pride in their product, but Dan and his team at GateGuru are doing that and there are many companies that should follow their lead.