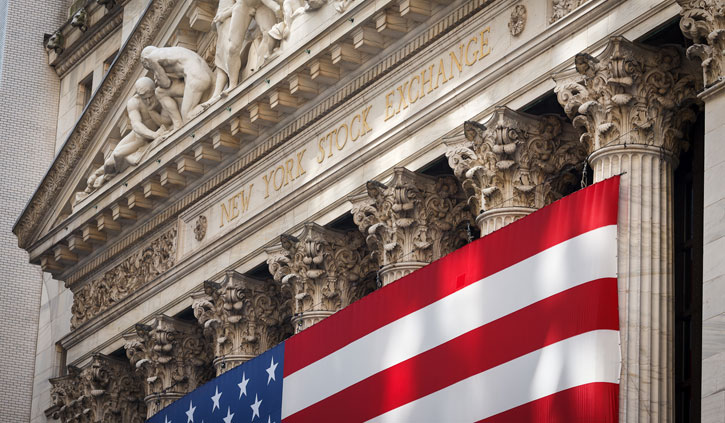 In Part 1 of our Ground Rules of IPO PR, we looked at some key rules for getting though the days leading up to your company’s IPO and beyond. Today, we’re looking a little closer at the CEO and what he or she needs to keep top of mind. CEOs are a breed unto themselves – they seemingly have the burden of the whole company riding on them, and many eyes watching every move they make and every word they say (thanks, Sting). As we have seen recently with RadiumOne’s former CEO, Gurbaksh Chahal and Los Angeles Clippers owner, Donald Sterling, egos, bad judgment and stupidity can get into the way, but in what we hope are most cases, company’s leaders lead and are committed to putting the company in a positive light.

Here are a few more rules to keep in mind (in no particular order):

One of the strangest paradoxes of the IPO process is that during the SEC-mandated quiet period leading up to the IPO, a company enters the financial roadshow and then usually goes straight into IPO day. With IPO day, comes a temporary lifting of the quiet period where the company going public is allowed a window of sorts for media interviews. And then it’s back to the quiet period until around the first earnings reporting. This may not seem odd at first, but if you’re the CEO on this roller coaster ride, it means:

A) On the roadshow, you’re selling the company to potential investors. And with that you are in full hype mode, talking about the company’s strengths, opportunities and how it stacks up against the competition.

B) On IPO day, your adrenaline is pumping. You’re excited, you’ve sold so many people on the merits of your company that you’re convinced that anyone who doesn’t want to invest in your company would have to be crazy.

But wait, all that stuff you’ve been talking about to investors? You need to dial that back from an ‘11’ to about a ‘3’: While you’re cleared for media takeoff on IPO day, you have to leave the hyperbole in the hangar, so to speak. That’s a hard high to come down from, especially considering that IPO day is, for many, a career highlight.

C) The day after IPO day, it’s back to the hangar you go, so you want to be sure you’ve said everything you can say, knowing full well that the cone of silence is back in play.

Like I said, it’s a rough roller coaster ride. The best way to handle it is know going in that the roadshow and IPO day require two distinct personalities that have to stay well clear of each other. I often counsel my clients that, if at all possible, make sure that a member of the PR team is on the roadshow so that they have a good understanding of what’s being asked and what’s being said, so that on IPO day they can steer the CEO clear of any media landmines that are triggered by high levels of adrenaline. A simple question like, “How does it feel to be taking your company public today?” answered the wrong way has the power to do damage.

Remember the people that got you here

This point applies to multiple audiences. From a PR perspective, I’m referring to journalists. Once your company goes public, there will be a new batch of reporters from traditional business media outlets who will cover you. Many of them will be big names and reporters you’ve long coveted for coverage. Embrace them, liaise with them and work with them as you would any reporter, but don’t forget the trade reporters and journalists you’ve worked with in the past to tell your story. They know your company better than most reporters and will be keeping a watchful eye. Don’t be too enthralled with the shiny new toy.

On the internal comms side of things, don’t forget to work closely with HR on managing IPO day both in New York (or wherever you’re listing) and at company HQ. I’ve seen too many companies plan something for employees on IPO day as an afterthought. Just because they may be thousands of miles away from the bell ringing ceremony, that doesn’t mean they’re not an integral part of why your company’s there. An IPO is a big deal to employees, not just because many of them have a vested interest in a successful IPO, but also because it’s a sense of accomplishment that everyone can share… even new employees. Make sure they’re involved and feel a part of the special day.

Be aware of the other fish in the sea

Your IPO is a big deal: Especially to you, your employees and the company’s stakeholders. However, unless you’re Twitter or Facebook or a company with a huge consumer following, media coverage around your IPO is likely to be limited to financial media and trade media in your vertical. By recognizing that going in, you’re able to have realistic expectations of what kind of coverage to expect.

And even then, you have to be aware of what’s going on around you. The IPO market is heating up, and NYSE and NASDAQ having multiple IPOs on a day is not uncommon. If a company bigger than yours is having their IPO the same day, it’s likely to suck your company’s wind out of the newsroom. If there’s a major news story that day, your IPO (and your live CNBC interview) is likely to move down the rundown. That’s not to say you can’t be creative. If your company is going public the same day as another company that dwarfs you in comparison, embrace it. Make it part of your company’s story.

Be ready for your interviews

IPO day is the one immediate shot your company has in the middle of a fairly long quiet period to tell its story in its voice. If you’re the one being interviewed, make sure you’re ready for whatever comes. IPO day is often a positive day in the company’s history, but there are times when the numbers out of the gate aren’t where you want them to be. Murphy’s Law dictates that’s around the time you’re going to have your biggest interview of the day. Stay optimistic and remember that the race out of the IPO gate is a marathon, not a sprint. On IPO day, the Wall Street media interviews are designed to show two things:

If you can address those two things in your interviews, the specifics in what you say and what’s going on around you is almost irrelevant.

If you’d like to know more about how a company can maximize its IPO with a sound communications strategy, drop me a line or ask a question in the comments section below. I’d love to hear from you!