IPO+1: Icing on the Cake and PR Lessons Learned 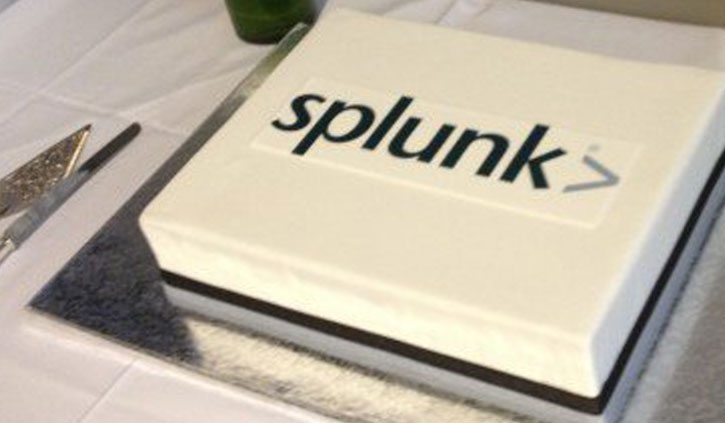 Today marks the one year anniversary of Splunk’s listing on the NASDAQ exchange. By most accounts, it was one of 2012’s most successful IPOs. A year later, it’s worth looking back at Splunk’s IPO to see what worked and the lessons learned.   I’m very proud to have been a part of Splunk’s IPO, and, let’s be honest, I couldn’t have started Upright Position Communications without it. But to get the company to that point took vision, hard work and a cast of hundreds.

The story of Splunk’s IPO, particularly from a PR standpoint goes back more than a year. I joined Splunk in 2011. At that time they were doing an excellent job of reaching out to their core customer base. No one from that group of passionate Splunk users needed to be convinced of Big Data’s potential – they were living and breathing the benefits. For Splunk to go to the next level, they had to move beyond preaching to the choir. Going public was part of that expansion.   Splunk never hid its ambitions on going public. In fact, long before pointing Splunk on its IPO trajectory, CEO Godfrey Sullivan likened the experience to running a marathon, suggesting that an IPO is only really “mile 3″ of the race.   Today, Splunk is still running that race. Yesterday, its stock closed at $41.02, well above its IPO listing price of $17. Not only is Splunk still in the race, it’s also leading a pack of other big data players on, or soon to be on Wall Street, like Tableau Software (with what will be the perfect Big Data ticker symbol: “DATA”). With the Big Data trail red hot for Wall Street, what did we learn from Splunk’s experience?

I’ve found the quiet period to be a very good time to talk about a company’s core business, rather than products or forecasting. Journalists respect the quiet period, and as long as the company executive talking to the media knows the general rules about what he or she can talk about, interviews done during this time can be poignant and focused. With Splunk, we even had one of the company founders speak at SXSW about what Big Data was and what it meant to everyman.

A company’s IPO is an amazing opportunity to grow a company’s public relations footprint. With care, strategic thinking and well thought out storylines, an IPO enables an organization to rise above the noise to lay a communications foundation that can position itself as an industry leader. To many reporters, the period leading up to a company’s IPO is the first time they’ve dealt with the company. This gives an organization an amazing opportunity to tell its corporate story the way they want it to be told. After Facebook’s IPO last year, the IPO market retreated and retooled. Thanks to a string of successes late last year and this year, the IPO market appears to be strengthening. IPOs aren’t a cakewalk, but they can make a difference for the organization if executed well.   If you’d like to know more about how a company can maximize its IPO with a sound communications strategy, drop me a line or ask a question in the comments section below. I’d love to hear from you!   Featured Image Photo Credit: Paul Wilke   Splunk and Splunk> are registered trademarks or trademarks of Splunk Inc. in the United States and other countries.