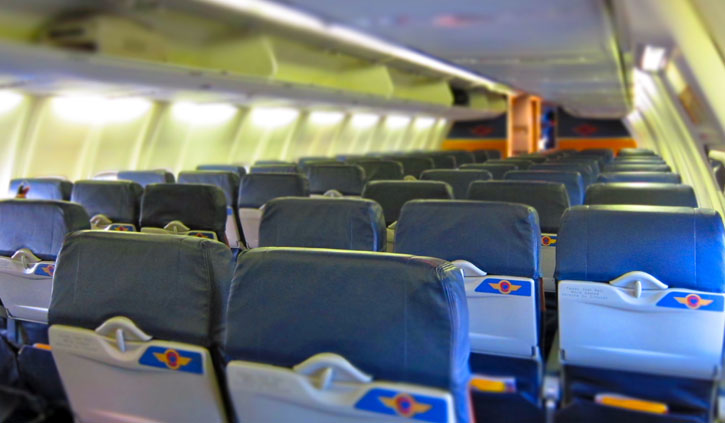 I love to travel. My mom was a flight attendent for TWA back in the 60s and my grandparents used to live so close to the landing approach at JFK, you could see the faces of the passengers in the plane as they were about to land. With that in mind, I’m convinced that I have jet fuel in my veins. Combine that with 14 years of living and working in Asia where frequent business travel was standard operating procedure. I still travel a fair bit for work, but I no longer lug my passport around (which is still the size and thickness of a Stephen King novel) as much as I used to.

Back when it looked like I was presenting The Stand to immigration officers, I would often jot down little travel rules or tips. Some of them I tweeted:

These started out as my 10 travel rules, some of them, thanks to the advance of technology have had to be altered. Case in point, one of the rules is about NOT traveling with a laptop at all…this coming from a person who for a few years carried two laptops (one that was company-issued and the other that enabled me to actually get work done and stay connected)!

I’m always looking for new and better rules, so if you have any you’d like to share, write them below and I’ll keep refining the list from time to time. With that, in no particular order:

Rule #1: You can never have too many sets of headphones on you.

Normally I carry three sets. This rule is more related to my own phobia that came out of a trip to rural India, where I accidentally left my only pair of headphones on the plane. You haven’t lived until you’ve gone headphone hunting in a town that didn’t have too many iPods back in the day. Bottom line: headphones don’t take up a lot of room, and they’re easy to lose. Pack a spare pair.

Face it, you’re never as productive as you need to be when you’re flying, and it never works out that well. Make the travel time your time to clear your head, work on something mindless, catch up on personal email or watch something on a screen that you wouldn’t normally watch.

In the days of smartphones, tablets and the cloud, it’s feasible that you could get all your work done on a business trip without your trusty computer. Most trips I take, I can get away with working on my iPad (thanks very much in part to this). Sites like DropBox and Google Drive make it easy to access nearly any of your files from any device. However, think long and hard before you make this decision…be ABSOLUTELY sure you can travel without your laptop even if some strange hybrid form of Murphy’s Law and Moore’s Law sends bad juju your way.

Rule #4: Start your journey with fully charged devices and charge them along the way whenever you can.

You never know how long you’re going to be traveling, nor when you’ll get your next juice fix. Stay charged.

Rule #5: Buy a bunch of these, put one in your carry-on, two in your suitcase and thank me later.

Rule #6: The toiletry you need on the plane is the one you didn’t put in your carry-on.

This should be fairly self-explanatory, but if it’s dental floss you need? It’s in the bag you checked. Cut your finger? The Band-Aids are in the bag below, but you can bet your ass you have your Blistex and deodorant in your backpack (and won’t need them mid-flight).

Rule #7: The longer the layover, the less interesting the airport.

This is just a slight variation of Murphy’s Law. I once had the misfortune of having an airport wait in Ipoh, Malaysia for eight hours once. And this was in the days pre-dating iPods…and it was the last time I ever flew without being armed with reading material. Ipoh is why I carry batteries, magazines, food, water and cyanide tablets in my carry-on bag.

Rule #8: Follow your gut, senses and any kind of profiling you prefer when deciding who to stand behind at immigration and security…just know that whatever system you use will probably be wrong.

When I was living in Asia, I used to always say, never get behind an American ordering coffee at Starbucks. Same sort of rule applies to immigration and security. You know who’s going to be difficult in this situation…look before you commit, but just be prepared to be unpleasantly surprised.

Rule #9: The longer the flight, the stickier the food or liquid you’ll spill on yourself.

For years you could set your watch to the fact that if Singapore Airlines was serving satay on a flight, in minutes I’d spill peanut sauce on my clothing. Orange juice is another guaranteed spill culprit while flying. If it’s a short flight, I’ll likely spill water on myself, anything longer than an hour, I might as well just dump a jar of Fluff on my head, since whatever I spill on myself at that point will have the same effect.

Business class lounges around the world are like snowflakes…each one is different, but they do share a common bond…each has an array of food you probably wouldn’t eat if left to your own choice. I’ve snacked on gummi bears and pretzels care of the Frankfurt business class lounge, Pepperidge Farm Milano cookies in LAX, Pringles in Madrid and, well you get the idea. The food you want isn’t always going to be the food you’ll find in airline lounges, so you make due with what’s there.

Rule #11: Always have two magazines in your carry-on.

One for takeoff, one for landing and the remainder of each for when your iPod batteries die. See rule #7…and never underestimate how long the time between the plane door’s closing and the “ok to use electronics” all clear is sounded takes. That and batteries urn out. And realize that the inflight magazine and SkyMall catalog just aren’t going to cut it for takeoff and landing.

Rule #12: If they’re offering you water on the plane, take it…

you never know when they’ll offer it again.

It never lives up to what you want it to be. Eggs and sausages lose something at 30,000 feet…namely flavor. Skip it. Fortunately airport food seems to be getting better, so you have that going for you. Just remember to not leave home without GateGuru.

Rule #14: Be kind the to the flight attendants…

their job is harder than you can imagine. No one particularly likes what flying has become with added security checks, fewer luxuries and increased rules and regulations…as hard as flying has become for you, imagine how much more difficult it is for them. While you’re relaxing mid-flight, they’re working their tails off. They’re trained more than to just find you a pillow…they’re the conduit to saving your life in case something happens…and that covers a lot of ground. Be polite, considerate and let them know you appreciate what they do.

No matter the destination, you’re traveling…make the most of the adventure! Open your eyes, enjoy the surroundings.

And if you need any more travel rules, check out this guy…he’s the master traveler and has invaluable travel advice.